Why Do Start UPS Fail 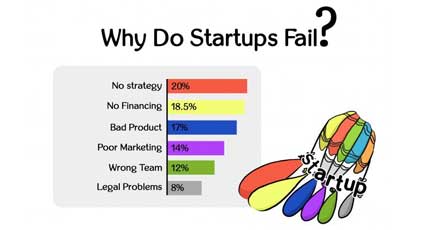 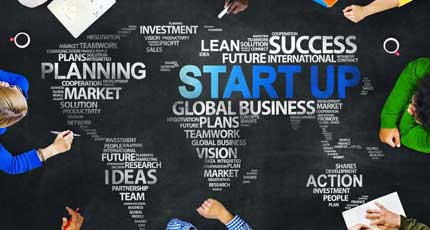 Why do Start-ups Fail?

We keep on reading various reports on start-up shut downs and failures every day. More than 200 start-ups shut down in 2016. As per a recent study by the IBM Institute and Oxford Economics, 90% of the Indian start-ups fail within the first 5 years. So why do these start-ups fail even though some of them are able to raise millions of dollars and attract lot of traction.

As per the study, lack of innovation has been cited as one of the primary reasons for the failure of start-ups. As stated by Steve Jobs “Innovation distinguishes between a leader and a follower.” Many start-ups are opened just by following an existing idea. In which case they lack one of the most crucial element of business i.e. a Unique Selling Point (USP). Since they are not able to differentiate their products and services from the ones already there in the market, they fail to scale up and become profitable.

Another major factor was lack of experienced management or mismanagement of affairs. Many entrepreneurs start a business because they have a great idea. But the great idea needs to be backed by great execution. Many businesses fail because the execution of the idea is not done properly. “45% of the Indian venture capitalists assert that presence of proven leadership is an essential ingredient they look for while investing in a start-up.” However, lack of leadership experience can be partly overcome by having a good mentor for the start-up.

Almost 70% of venture capitalist feel that many start-ups fail because they are not able to hire the right talent. Identifying the right person with the requisite skillset is a talent of its own which many people don’t have.

While these were mainly non-financial reasons, some major financial reasons are as follows:
Lack of adequate funding: While the actual of finance required may vary, every business needs finance to keep afloat. The business needs to be adequately funded and the funds need to be effectively utilized. If either of them is not done, then the business hits a road block and is headed for failure.

Lack of Working Capital Management: While it is difficult for a start up to negotiate a really favourable payment terms both on the receivables side and the payables side, they should still keep track of their receivables and ensure that they are collected on time. And as the business grows, they can negotiate with their suppliers for the credit periods. It is very important to raise the invoice on time and set up a process for regular follow up on the invoices. This will not only help in minimizing bad debts but also bring much needed cash flow for the business and hence reduce the working capital requirements.

Over emphasis on top line and market share: These days the start ups which are funded, have too much focus on the top line and acquiring market share with no adherence to profitability. The core for survival of any business is profitability. While you can sustain with funding and accumulated losses for few years, but there has to be a definite plan to break even and achieve profitability. After all, investors will not invest indefinitely in a loss making business which has no concrete plans of getting back into profits.